Muslim Communities across Western Canada similarly struggle on how to deal with their most important asset, Muslim Youth.

Often times it is difficult to motivate the youth to take positive initiatives within their community. Instilling a sense of pride, identity, and values in our young generation is a daunting task for any community. Traditionally, Muslim Youth have not been catered to through their own peers, which often leads to misunderstandings known as the proverbial generation gap. What should be understood is that only youth themselves are best suited to tap into the minds and pulse of their counterparts.

This brings us to discuss an event put on by NYM Ink, a young, motivated, and determined Western Canadian organization brimming with enthusiasm that implements a different approach when it comes to youth programming. NYM Ink is run by a group of university students that promote and organize youth programs that provide spiritual benefit and also tap into the culturally Canadian interests that our youth identify with today. This past July, NYM Ink displayed its efforts by putting on the ‘Generation Muslim Conference’ in Calgary, Alberta.

The conference took place on July 17, 2008, was held in the central location of the Akram Jomaa Center, and attracted over 800 people with the majority being youth. Featuring a vibrant cast of speakers such as Dr. Reda Bedeir from Calgary; Sheikh Islam Ali from Toronto; and keynote speaker, Mutah Beale a.k.a Napolean from the former rap group of Tupac’s Outlawz, the evening was jam packed with a lively set of entertaining lectures. Some of the lecture topics included ‘Confessions of a Dangerous Mind’, presented by Mutah Beale; ‘One Ummah, One Love’, presented by Sheikh Islam Ali; and ‘Generation Muslim’, presented by Dr. Reda Bedeir. These are just a few amongst a larger set of lecture topics presented at the Generation Muslim Conference.

The conference also featured ‘NYM Clothing’, a stylish clothing line produced primarily to promote Islamic identity. NYM also displayed the fruits of their efforts, pamphlets and brochures that they have produced in house which are now aiding in Islamic awareness efforts across Western Canada. Lastly, the conference featured a wide range of food, drinks, and snacks to keep everyone satisfied as they indulged in the various lectures and talks provided by the speakers.

Overall, the evening deemed to be a success, something many Calgarians had said that they ‘had never experienced before’.

NYM Ink endeavours to empower the youth by providing similar opportunities such as ‘Generation Muslim’ in the future. Entirely run by the voluntary efforts of students, NYM Ink is heavily reliant on the support of local communities to organize and execute highly expensive events such as the one mentioned above. If you are interested in supporting the efforts of NYM Ink, they can be reached via email at contactus@nymink.com.

This article was published in Arab News, August 2008 Issue and the Asian Times, September 2008 Issue 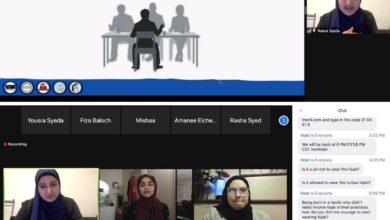 Me and My Hijab Event Recap 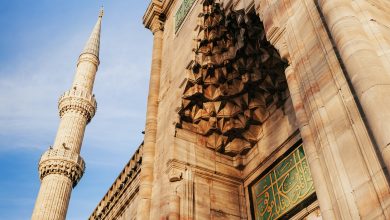