We live in a world that relies on role models from pop culture, Instagram celebrities, and YouTube stars. When in reality, role models should be those who we can look up to, learn from, take advice and guidance from in navigating the challenges that we face. Who you take as your role model and your standard for excellence can shape the way you live your life. The impact of a good role model can become a defining feature of who you are, just as a bad one can.

It is extremely important that when you place someone in a position of such regard that they are deserving to be there, and that the things you learn from their character and their behaviour strengthen you as a believer.

As Muslims this can become an even greater and more impactful decision, because we know that the people that we choose to look up to can define what we do not only in this life, but also our position in the hereafter. The individuals that we take as our role models can even affect our level of Iman (faith), Taqwa (god-consciousness) and Ikhlaas (sincerity) and have a direct influence on the way we follow our deen (religion). But at the same time, in Islam we have a blessing, we have many amazing and clear role models to choose from among those who came before us in the Sahaba (ra).

There are many different Sahabi and Sahabiyat, each with their own unique stories, and special traits who were the foundation for this deen. In their lives we see so many lessons and similarities to our own situations and given their diverse personalities and characteristics, we can always find one that we can specifically relate to. In this series we will be exploring the stories, discovering practical lessons and analyzing the different behaviours, characters and qualities of these great and noble people.

Narrated Al-Bara bin ‘Azib:
that the Prophet (ﷺ) said to Ja’far bin Abi Talib: “You share similarity with me in appearance and in character.” [Jami` at-Tirmidhi, Book 49, Hadith 4132]

He and his wife Asma were among those who had migrated to Abyssinia in the first Hijrah of the Muslims to avoid the persecution of the Quraysh for their beliefs. When the Quraysh sent people to the King of Abyssinia to bring them back, it was Ja’far (ra) who through his knowledge, clear understanding and eloquent speech appealed to the King and secured the place of the Muslims to live in peace with the freedom to practice their deen.

Ja’far (ra) was also someone who was sincere in his care and concern for others and was always willing to give from whatever he had to those in need.

Narrated Abu Huraira:
The people used to say, “Abu Huraira narrates too many narrations.” In fact I used to keep close to Allah’s Messenger (ﷺ) and was satisfied with what filled my stomach. I ate no leavened bread and dressed no decorated striped clothes, and never did a man or a woman serve me, and I often used to press my belly against gravel because of hunger, and I used to ask a man to recite a Qur’anic Verse to me although I knew it, so that he would take me to his home and feed me. And the most generous of all the people to the poor was Ja`far bin Abi Talib. He used to take us to his home and offer us what was available therein. He would even offer us an empty folded leather container (of butter) which we would split and lick whatever was in it. [Sahih al-Bukhari 3708] 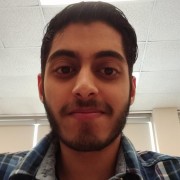 Taariq Kudoos is an editor and producer for NYM Ink. His involvement started in 2017 by attending Camp Sunnah, immediately feeling a renewed connection with Allah (swt) and personal responsibility to support Islamic Outreach. Over the past 5 years, he has been involved in planning local activities, event management and his current focus in on building the Life Haqq Podcast as part of the media branch of NYM's projects.

Marriage is an act of worship, not a social transaction

Dedicating Days Off to Your Loved Ones